(Throughout this article, I have provided links to various pieces of music. To enhance your experience while reading the article, please open them in a separate window and listen to them while you read the designated sections. Thx.)

CURRENT STATE OF THE DEFENSE [Music for this section]

A couple months back, we looked at why we should be patient with this Flyers

team. We focused on how the defensive unit, which has clearly been the biggest weakness over the past two seasons, would probably get worse before it gets better.

The trade deadline has since come and gone, taking arguably our number one defenseman in Braydon Coburn with it. Without Coburn, the Flyers have seven defensemen currently with the team: Mark Streit, Andrew MacDonald, Luke Schenn, Nicklas Grossmann, Michael Del Zotto, Nick Schultz and Carlo Colaiacovo. Woof.

Over the month of March, we’ve gotten a preview of what the defensive unit could potentially look like next season. Let’s take a look at possession stats and usage during the time since Coburn’s departure. (It is important to note that Del Zotto was injured for about two weeks during this period)

Yikes. Coburn’s departure leaves some big shoes to fill in terms of taking on difficult minutes. Nick Schultz and Mark Streit have both struggled to take on the slightly more defensive minutes that they have gotten in his absence. Andrew MacDonald and Nicklas Grossmann have, um, been themselves.

The only two defensemen who have managed a positive shot attempt differential are not yet under contract for next season. It is very likely that Del Zotto will be extended, but there are no guarantees there. Carlo Colaiacovo, the dark blue circle in the bottom corner of that graph, will most likely not be back. The Flyers

already have 6 defensemen under contract for next season; Del Zotto will probably make that 7.

It is easy to argue that of those seven defensemen, none of them are ideally top pairing players at the NHL level. Mark Streit is ideally a 3rd defenseman on a good team. Michael Del Zotto is ideally a 4. You could present a case for Luke Schenn as a 4. The rest of them are all third pairing guys. The unit is not good right now and, actually, is bad. It might have to stay that way for a little while too.

OUTSIDE HELP IS (STILL) UNLIKELY [Music for this Section]

It is difficult to see the Flyers

making any sort of splash during free agency this summer. This piece from BroadStreetHockey explains why the Flyers

are not really in a better position salary cap wise for next season. Barring a trade, the Flyers

With the cap projected to be around 71 million for next season, the Flyers

will have very little room to work with. Before the next season (16-17), Jakub Voracek, Brayden Schenn, Sean Couturier and Michael Raffl will all need extensions. The carnage left behind from Paul Holmgren’s tenure still has the Flyers stuck between a rock and a hard place. The little flexibility that the Flyers

do have for that season needs to be preserved and not spent on acquiring more defensemen.

Given these conditions, the Flyers

are basically limited to looking at players who:

-Will not be asking for a contract longer than one season.

Players who fit that description are typically third pairing defensemen, which we already have too god damned many of. Even if we make a small signing like that, it will probably not be for an impact player.

Most likely, the only new veteran face next season will be Radko Gudas. When healthy, Gudas does bring some valuable skills to the table. He is, however, a limited player who is coming back from a knee injury that cost him most of his 2014-15 season. At best, I’d expect him to contribute in a 2nd/3rd pairing role.

Honestly, the best way to improve this unit immediately might by addition by the subtraction of Nicklas Grossmann.

Flyers fans have been stuck in a desolate metaphorical desert for a long time when it comes to defensemen. Some of the only water in the desert evaporated when Braydon Coburn left. Then some selfish asshole camel, already well hydrated by his endless ocean of Duncan Keith and Brent Seabrook, came and slurped up the last few drops (Kimmo Timonen). So understandably, the group of Shayne Gostisbehere, Travis Sanheim, Sam Morin and Robert Hagg appears to Flyers fans like a comforting rainstorm off in the distance.

Many fans, delusional due to dehydration and possible heat stroke

, have started to pencil those prospects into next year’s lineup already. Unfortunately, the reality is that the storm is much longer than just one year away from providing relief here. In all likelihood we will have to spend another year in waiting, filtering shitty water out of pond scum while we watch the current defensive unit again. Alright, I’ll stop.

I’ve written before about how it is not reasonable to expect significant help next year, even from a stellar group of defensive prospects. Do I think that at least one of them will spend some time with the organization? Yes. It is just not realistic to expect the unit to be markedly better next season at the hands of a player who has never played an NHL game. Chances are that a couple of these guys won’t pan out at all as top 4 defensemen. The ones who do pan out will definitely take more than one season to do so.

When Ron Hextall took over as general manager, this defensive unit was in a place where it had to get worse before it could get better. Next year might be the meat of the ‘getting worse’ part. There are not a lot of options for immediate improvement, and the state of the current unit as dire at best.

Unfortunately, the Flyers might have to suffer through this: 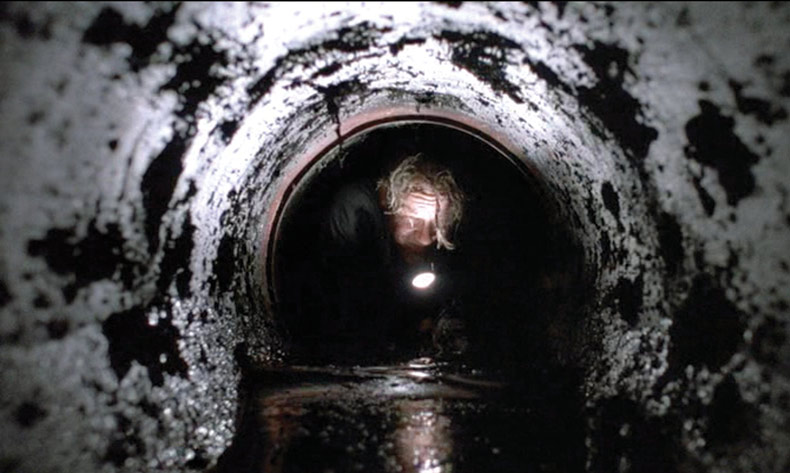 In order to get to this: