This President’s Day edition of Phillies ICYMI Monday will hopefully give us all a break from politics, as we finally get to hear the pop of the mitt, and crack of the bat from Clearwater, FLA. Not much news so I will pick up where I left off a few weeks ago, but first:

Last week reports came out about three Phillies regulars who would not play in the World Baseball Classic. On Wednesday it was Freddy Galvis who has a groin strain. Per VP & GM Matt Klentak  “I don’t think it’s any big deal.” He added that Galvis was “a little tired” after winter ball season.

On Thursday Jeanmar Gomez told reporters that he would not pitch for Venezuela. This is all about the possible closer competition in camp, rather than any injury.

RF  Michael Saunders also has said that he will not play for Canada.  He noted his need to get to know his new teammates as the main reason. “If I had been here a couple years, I’d probably be playing in the WBC, but I have a responsibility to get to know my teammates. Not only that, but my outfielders as well. Playing with everyone, getting comfortable with everyone, because ultimately it’s about the season first and the World Baseball Classic second. It was a hard decision but an easy one at the same time.”

Arano, 22, has been dealing with elbow tenderness and inflammation since the Arizona Fall League. As of yesterday the Phillies had not received the results of an MRI. If he misses any amount of time it will be hard for Arano, 21, who posted a 2.26 ERA  and 10.73 SO/9.0 IP in 46 MiLB games last season, to crack the opening day roster. He has been with the Phillies since 2014, when he came over from the Los Angeles Dodgers as part of the trade for RHP Roberto Hernandez.

Prediction: Hard to gauge until we know his injury status, but most likely will start at the AA Reading Whoopies – er Fightin’s

Beato, 30, has some MLB experience appearing in 84 games for three different teams. Last season in 65 games at AAA Norfolk in the Orioles system, he had a 2.65 ERA, racking up 62 K’s in 68 innings. We will soon see if he still has his Mid 90’s FB, and his 10 MPH slower slider as his secondary pitch.

Prediction: His experience and the familiarity the FO has with him coming from the Baltimore Orioles system, makes him the top of the bubble to go north with the club, but is more likely to start for the AAA Lehigh Valley Iron Pigs. The below could help his cause though if the Phillies want to look sharp on and off the field 😉. 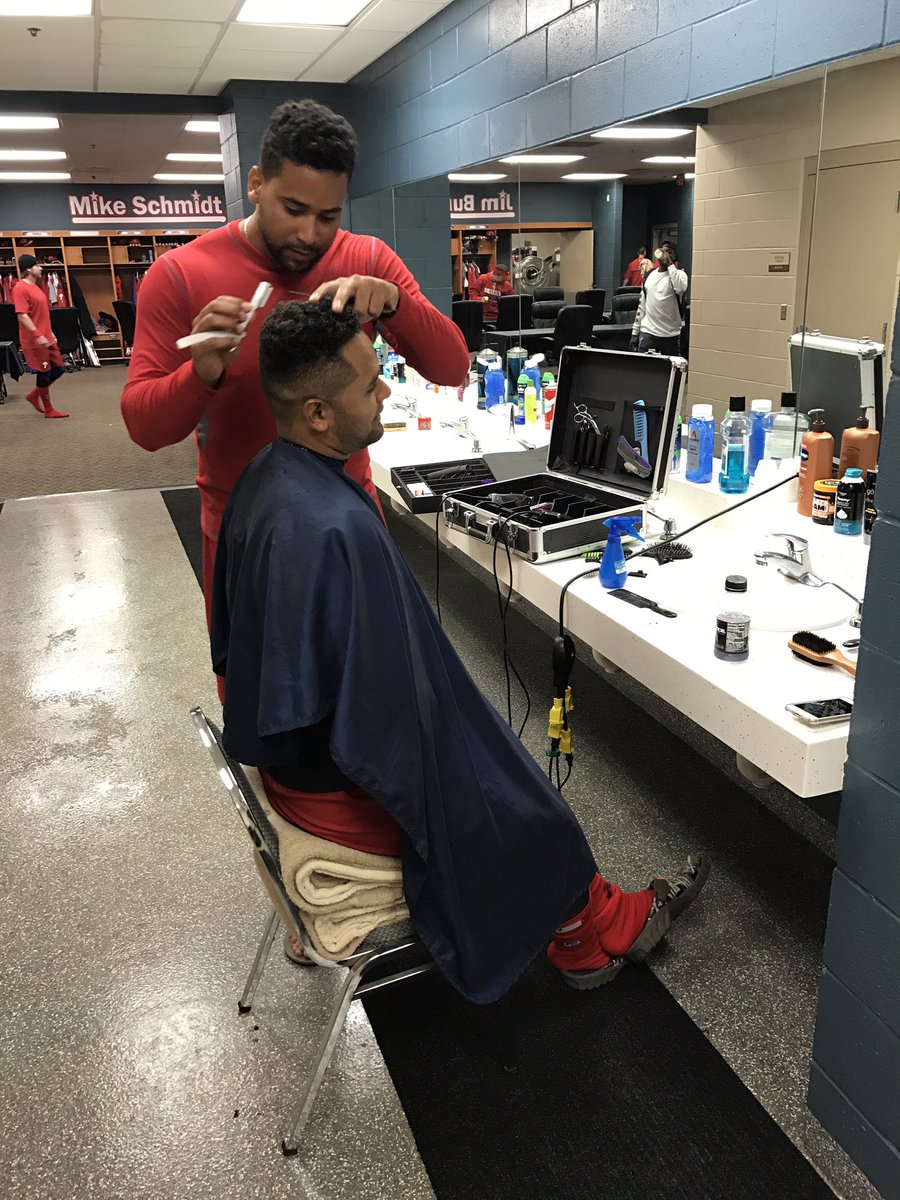 Hinojosa, 30, who was picked up off of waivers from the Boston Red Sox in 2015, held batters to a .536 OPS in 29 career major league games with them and then starting the season with the Phillies in 2016. Using his 93++ MPH four-seamer he put up a  1.69 ERA and 0.84 WHIP over his last nine outings before a hand contusion put him on the DL late in April.

Prediction: He has a good chance for MLB especially if a starter or reliever gets hurt, but I see him behind Beato.

While Mariot, 28,  earned his first save last season, in 25 games and 21.2 innings he also gave up 5 HR, and 5.8 BB per nine innings. His best pitch is his slider thrown 149 times in those limited innings, so he is not going to overpower anyone. This was good enough in AAA Lehigh Valley to post a 2.23 ERA and .150 opposing BA.

Prediction: As shown above his control problems may keep him out of the show for now, so I peg him for AA unless he shows his control is not an issue. He could move up quickly if he does so.

Murray, 26, is the only home-grown guy in the group, picked by them in the 13th round of the 2011 draft.  He has just over a K an inning in the 39.1 in. over 32 games the last two seasons. Murray started out strong in 2016 not giving up a run, earned or otherwise, and only 4 H in his first 7 appearances. He gave up 2 ER the next outing but then started a pattern of two good outings, with a clunker in between through June, but did not pitch again until September when he skyrocketed to an 11.74 ERA giving up 10 ER in 7.2 in. His 93++ four-seamer has shown to be hittable so he will need to find another pitch to keep MLB hitters honest.

Prediction: Just like Mariot, Murray really needs to prove that the good start of last season outweighs the way he ended the season. As an in house talent with power, I see him ahead of Mariot and starting in AAA.

Non Roster Catchers are next on our list, and any other news that may pop up, as next weekend we will see the first “games” of spring training.